Commonwealth’s origins can be traced to a small group of golfing enthusiasts who, for some time prior to 1914, had laid down six holes in what was known as Flatman’s Paddock extending from Murrumbeena Road to Koornang Road Carnegie, as Murrumbeena Golf Club. 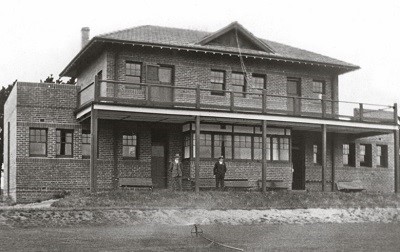 It was in 1914 just before the outbreak of war that negotiations were commenced to lease land east of Darling Railway Station extending across towards Ashburton. Eighteen holes were laid down by the professional, Sam Bennett by 1915, and the Waverley Golf Club was established. The fourth and sixth holes were played across a deep cutting of the old Outer Circle railway line between the present Alamein and Ashburton stations. With the revival of golfing activities in 1919 the Club began to expand, and, with the expiration of the lease in sight, efforts to secure a suitable freehold property were commenced. A new club, Commonwealth Golf Club, was constituted in April 1920 and land, regarded as scrub country and comprising only 89 acres, was purchased near Centre and Warrigal Roads, South Oakleigh.

The first holes were laid out by the club professional, Sam Bennett, and play commenced in February 1921. By late 1923, early 1924 eighteen holes were in play. Charles Lane, Captain of the Club from 1923 – 1933, travelled abroad in mid-1926 studying golf course architecture, including with Harry Colt, a former partner of Alister MacKenzie, returning to put the finishing touches on greens and bunker design. Much of this work literally was carried out by Charles Lane himself, often being found out on the course stripped to the waist digging out bunkers. Then, in a three-year programme completed in 1938, all 18 greens were redesigned and returfed, a completely new system of greenside bunkering was implemented, many fairway bunkers were altered and new teeing grounds were constructed. This work was planned and supervised by Sloan Morpeth, Secretary/Manager of Commonwealth for 33 years, 1930 – 1962.

In subsequent years, additional purchases of land and changes to the course layout have been made. Significant changes were made in the mid-1960’s when the 10th and 11th holes were redesigned by Sloan Morpeth as Course Architect. The new 10th hole was opened just in time for the 1967 Australian Open, which is the only Australian Open Championship played over Commonwealth’s layout. It was a windy week in Melbourne for the event, with Peter Thomson a master in these conditions, scoring 281, 11 shots under par, defeating Colin Johnston by seven strokes. 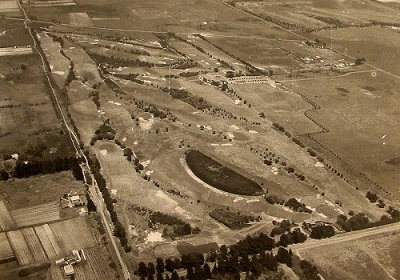 In 1992 the Club commenced a programme to improve the drainage on all its greens. During this reconstruction programme the opportunity was taken to modify the surrounds of several greens and to carry out bunkering, mounding, drainage and reticulation work. The final stage of this programme included alterations to the 6th and 12th holes and the construction of a new 7th hole. Kevin Hartley, the architect retained by the Club to assist it with the greens drainage programme, designed these changes.

As a result of the greens drainage programme and associated works in 1992, the length of the course was increased by 211 metres from 6169 metres to 6380 metres.

Commencing in 2012 and finishing in late 2016, a Course Improvement Programme was undertaken which included re-building all 18 tees and a re-vegetation review, including significant re-planting of the Club’s boundary. At the completion of the programme, a Men’s Black Tee course had been introduced for tournament play measuring 6473 metres. The Men’s Blue course however measured 6335 metres and the Women’s red course measured 5400 metres.

Commonwealth is revered for its challenging driving holes and subtle sloping greens which call for accurate shot making when playing from the fairway.

The trees that line Commonwealth’s fairways have long been considered amongst the finest stands in golf in this country. Credit for their selection, planting and tender care in the Club’s formative years is due in a large part to long-term Captain and past Life Member Alec Brahe. Today, an extensive tree management programme continues.