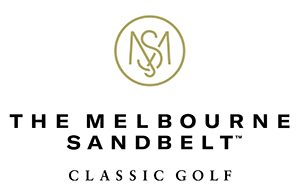 Below the southern outskirts of one of the world’s most liveable cities, is a rich vein of sandy loam subsoil upon which are situated eight of the best golf courses in Australia, known throughout the world as the famous Melbourne Sandbelt.

The eight courses, built on former farmland in what is now the midst of Melbourne suburbia, are:

All eight private clubs of the Sandbelt are highly acclaimed championship courses, with the sandy loam soil providing the ideal foundation for beautifully designed layouts which lend themselves to undulating greens, spectacular tight-cut greenside bunkering and all year round playability.

“The Sandbelt region of Melbourne is one of my favourite places in the world of golf. Very few cities can offer such wonderful golf courses, and I have traveled the world playing them all.”
IAN BAKER-FINCH (1991 British Open Champion, CBS Golf Commentator)

In contrast to much of Melbourne, which is covered by heavy clay subsoil, the Melbourne Sandbelt region is a geographic anomaly resulting from a prehistoric flood which deposited heavy sandstone into low lying areas. The sandy loam can reach a depth of up to 80 metres in some places.

To learn more about the Melbourne Sandbelt, visit thesandbelt.com